My name is Rita and I’m currently finishing my master’s in economics, at Nova SBE. Last semester I had the pleasure to do an internship, as a research assistant for Novafrica, on a project on Health and Beliefs in Guinea-Bissau. The main goal of this project is to evaluate in which way the beliefs people have influence their demand for healthcare. It was an amazing experience, that taught me so much, both at a professional and personal level. 4 months that at the beginning looked like a long time but ended up passing by so fast, leaving that bittersweet sensation of departing from a place where I felt at home.

The first days were a little bit agitated. I arrived alone to Bissau, but there were of course other members of Novafrica waiting for me, and ready to show me around. Initially we stayed in Bissau for a couple days, to get some things ready for the project (such as buying a cell phone card and many other things that can only be done properly in the capital). Eventually we left to Bula, the place where we would stay for most of the time. Bula is small city (even though it does not look like a city at all), close to Bissau, about one hour and something away by car. This was the place where we had our office, and from where we conducted all the project-related activities. Bula was definitely less developed than I was expecting: there was only one main road, electricity had a schedule (some hours in the morning and some hours in the evening), piped water was a rare thing and everyone seemed to have a very rural kind of life. After some time leaving there I really got used to the place! We were always hanging out with our neighbours, and we started to know people a little bit everywhere. 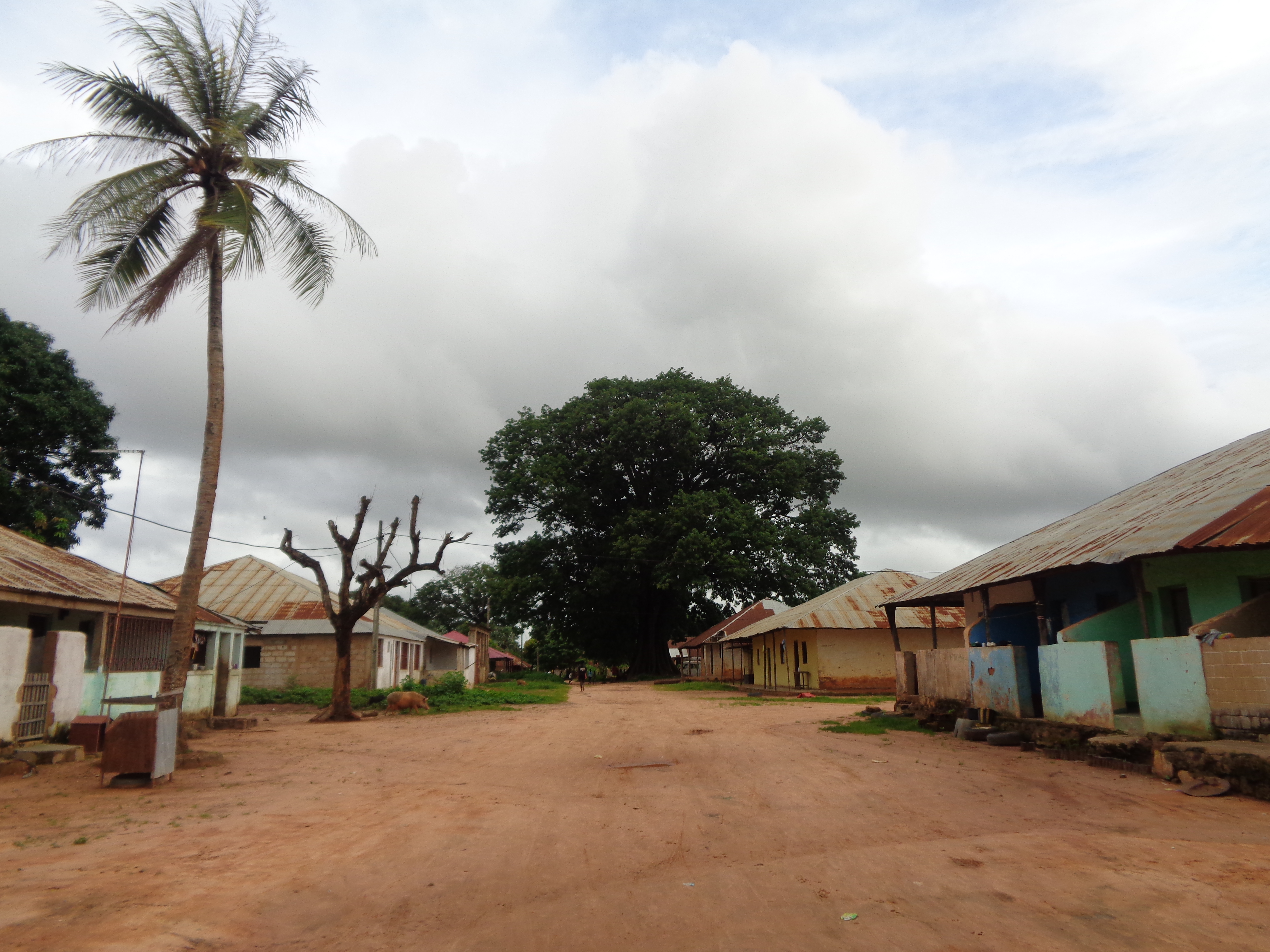 After some delays, very usual when working in Guinea Bissau, we were finally able to get things going on the field work. Our goal there was to organize the implementation of a baseline household survey. So first we had to train the enumerators (the people that would conduct the survey questions), and then we were ready to start the interviews. We were supposed to interview pregnant women, or mothers with children with less than 5 years old, in approximately 160 villages. The survey provided data on mothers’ characteristics, beliefs related to religion and ethnicity, health behaviours, on children’s anthropometric measures and other household characteristics. During the internship I would go to the field with the teams and observe interviews, which was incredibly interesting and taught me a lot about the context of rural Guinea-Bissau. For me this was definitely the most interesting part of my experience, it has given me a whole new perspective regarding the data, where it comes from and why is it important that we collect it carefully and with rigor. On the other days I stayed in the office, which was also my house, and looked at the data we got on the previous days, to check its quality and see if there were any problems.

As a development economics student, I think this experience really shaped my views towards research, by leading me to realise how complex it is to develop empirical work, and how important all subparts are, in creating quality work later on. Besides it showed me the challenges of conducting research in a developing country’s context. Many of the things we usually do very easily in countries like Portugal, turn out to be much more difficult in countries like Guinea-Bissau. Logistical plans are often complicated because of the circumstances, the lack of electricity or cell phone network and the constant internet cuts, which are problems I wasn’t very used to deal with, happen quite often in Guinea-Bissau, and become just a normal part of work there. I believe this adaptation to a different context was an essential part of this experience, that ultimately taught me a lot about working in a context with many unexpected things happening at the same time, and where usually the initial plan simply doesn’t work out.

One of the best parts of living in Guinea-Bissau was the people I was able to meet there. After learning a little bit of Crioulo it was much easier to communicate with everyone. People are usually quite nice and really like to chat, are always ready to drink a beer or share their meals with you. It was also by meeting people there that I was able to learn so much about the country, it’s immense culture and traditions. Besides, I had the pleasure to meet foreigners, just like me, that were working in Guinea-Bissau in different NGOs, which was also an interesting contact with a reality I was not very familiar with. Last but not least, I meet a wonderful friend, with whom I shared a house, an office, a job, and many moments of joy. To her (Freda), I’m incredibly thankful for all the patience and laughs.

Overall, I think this experience has made me a more complete person. On the professional side there were many challenges, that contributed to improve my knowledge regarding empirical research and enhance my interest in development economics. On the
personal side it was a gathering of new experiences, new people and new places, that has definitely left its mark on me. I can’t wait to go back.

Written by Rita Moreira, student of the Master in Economics at Nova SBE.