The main topics of Sir Paul Collier research are conflict (namely causes and consequences of civil wars and rebellions), democracy and natural resources issues, effect of foreign aid and other with a closer focus on low-income, mainly African countries.

The question of what pushes people to participate in wars and, being more precise, in civil wars is still one of the most urgent questions of today’s society. “Are conflicts caused by economic factors and opportunities of economic profit (greed) or are they caused by political, social or other type of dissatisfaction of people (grievance)?” – this is the question that the Professor addresses in many of his papers. Series of papers of Collier written on the topic together with Anke Hoeffler revolutionized the existing theory of conflict and contributed in the advance of the greed-based theory. As Paul Collier argues, “civil wars are far more likely to be caused by economic opportunities than by grievance” and “grievance-based explanations of civil war are so seriously wrong”. 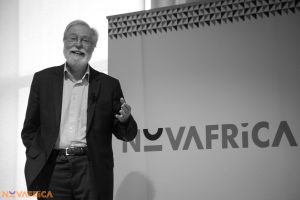 Besides being a well-known academic and researcher, Collier is promoting the ideas of development economics among the general public: several books of the Professor, which compile both economic theory and empirical evidence from his studies and research work in African countries, are described by himself as economic books that one could read at the beach. Recent books include The Bottom Billion (Oxford University Press, 2007); Wars, Guns and Votes: Democracy in Dangerous Places (Vintage Books, 2009); and The Plundered Planet: How to reconcile prosperity with nature (Oxford University Press, 2010); Exodus: How migration is changing our world (Oxford University Press, 2013), and his latest book The Future of Capitalism: Facing The New Anxieties (2018).

To get a better understanding of Sir Paul Collier’s research work we offer you the following list of the Professor’s papers to read: