Gerard Padró-i-Miquel is a professor of economics and political science at Yale University and a renowned economist for his contribution to the field of political economy applied to developing countries. Moreover, he is interested in the interplay between politics and economics as a barrier for development with a focus on civil conflicts and on the politics of non-democratic regimes. He tries to captures political behaviors patterns through the analysis of economies’ intrinsic institutions.

Defining institutions may be difficult as they have a wide economic spectrum. However, analyzing institutions is fundamental to understand the dimensions underlying economic growth, especially in developing economies. While strong institutions contribute to develop public accountability, and ensure harmonious and efficient allocation of resources, – protecting the poorest individuals of the society – weak institutions have the reverse effect. Resources are poorly distributed, trust on government and policymakers is scarce, and economic growth is threatened.  One of the focuses of Padró-i-Miquel research explores the relationship between the nature of institutions and population behavior towards them.

In his doctoral dissertation, Gerard Padró-i-Miquel, proposes an interesting model studying the political accountability in presence of weak institutions and ethnically divided societies. The study tries to give reasoning to populations not rejecting bad politicians and policymakers.  He argues that fears and uncertainty of switching regimes explains the support society address to corrupt politicians.

The nature of institutions may be weakened in presence of prejudiced public policy decisions. Together with his scholars, Padró-i-Miquel addresses the attention to the threat of ethnic favoritism for political decisions, with a particular emphasis for Africa countries. In particular, their study argues that in Kenyan districts, ethnic favoritism has been a relevant driver for the allocation of public funds.  These political behaviors go hand in hand with economic performances in the country. In the case of Kenya, for instance, growth rates fell sharply in periods of autocracy. 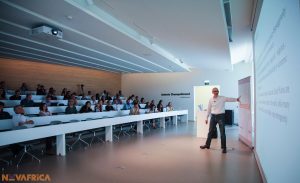 Padró-i-Miguel also studied the relations in society underlying political accountability in rural China. He studied whether the introduction of local elections in China made local leaders more accountable towards local constituents. The author concludes that political accountability is driven by increased leader’s incentives and not by better selection of leaders. The argument is noticeable as it is related to the authoritarian Chinese regime. This contribution is indeed in line with the idea that increased accountability of the population in the society notably improve democratic processes of decision-making, showing that it is not always necessary to reform political structure to obtain relevant benefits for the population at large.

In this article, we only focus on three contributions from the author. However, Gerard Padró-i-Miquel devoted several studies to the political economic discussion on institutions and democracy, like  the  correlation  between ethnic favoritism and the development of public infrastructure, the effects of increased demand for natural resources in poor countries over their political and economic development or the study of  models based on principal-agent –monitor framework over political accountability.