Activist turned scholar Leonard Wantchekon is well-known for his research in Political Economy and Development Economics, particularly on the topics of democracy and governance, resource curse and the long-run impact of historical events. Wantchekon is currently faculty of the Politics department and associated faculty in the Economics department at Princeton University.

In his 2003 seminal paper, Clientelism and Voting Behavior: A Field Experiment in Benin, Wantchekon takes advantage of the first round of the 2001 Presidential Elections in his home-country to measure the relative electoral success of campaign promises based on clientelism (transfers) versus public policy (public goods), given the ethnic affinities of voters.

The author finds that clientelism does work, as the treatment effect of clientelism campaigns is positive across all types of candidates. Additionally, he finds a negative public policy treatment effect in regional-controlled districts and incumbent-controlled districts, which suggests that local-candidates or newcomer candidates face a credibility gap when it comes to making clientelist appeals. This result is quite intuitive: candidates from an incumbent party have held central control of the resources needed for clientelist redistribution, hence, they are more likely to be trusted when making specific promises to cater to voters in a district (i.e. promises of public jobs).

Finally, Wantchekon finds a positive public policy treatment effect for women voters). This is likely to do with the fact that a large proportion of women in Benin are sellers who travel across the country, hence, they are more aware and sensible to issues and development priorities at a national scale that goes beyond their own district. Additionally, as women are frequently disfranchised from public life (they typically don’t hold public office positions and have less influence in the decision-making process), gender discrimination could make women averse to clientelist appeals, as they are less likely to benefit from them. 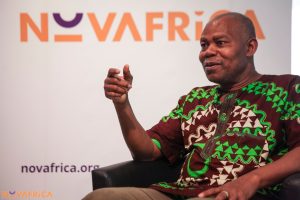 In a sub-sequential 2013 paper, Can Informed Public Deliberation Overcome Clientelism?, Wantchekon and Fujiwara use the 2006 Presidential elections in Benin, introducing a new treatment which was not present in the original 2003 experimental design: a mechanism of public deliberation. Villages exposed to the treatment held candidate-endorsed town hall meetings discussing specific policy platforms of broad-based public provision, followed by open debates with voters on proposed policies. The introduction of this new treatment also ensured that, unlike in the 2003 experiment, public policy messages were concrete and not at all vague.

Wantchekon and Fujiwara find that the town-hall treatment reduces self-reported measures of clientelism, with no effect on voter turnout (as measured in the official electoral results) or on the vote shares of the experimental candidates and that the treatment reduces the votes of the dominant candidate (that is, the most voted) in the village. Indeed, their most interesting and surprising result is that Public Deliberation has heterogenous effects: when candidates endorse town halls in their strongholds, this has a negative effect on their voting results. Yet, when they do so outside their strongholds, treatment substantially boosts their votes. This result holds “within candidates”— the same candidate has a positive (negative) treatment effect when he is nondominant (dominant). This points to some type of “optimal strategy” for the supply of clientelist campaigns: in information-deficient and clientelist environments, the dominant candidate (who due to higher credibility is likely to be the most effective in vote-buying and exploiting ethnic identities) will find it optimal to make clientelist appeals, as this will boost his voting results. However, the arrival of more information and deliberation procedures will reduces his votes – the dominant candidate will now find it optimal to deviate from clientelism. Additionally, political newcomers or candidates from incumbent-parties will always find it optimal to deviate from clientelism, as the credibility gap and the introduction of information and public deliberation lead to a loss in votes from engaging in clientelism.

The other major trait of Wantchekon’s body of work is a focus on the long-run impact of major historical events, particularly in Africa. In his widely-known 2011 article with Nathan Dunn, The Slave Trade and the Origins of Mistrust in Africa, the authors examine one of the channels via which slave trade may have persistent effects in current economic developments. Combining contemporary individual-level survey data with historical data on slave shipments by ethnic group, the authors work under the hypothesis that slave trade caused a culture of mistrust to develop in African countries that lasts to the current day.

Indeed, Wantchekon and Dunn find that current differences in trust levels within the African continent can be traced back to the transatlantic and Indian Ocean slave trades: individuals whose ancestors were more heavily raided during the slave trade era are less trusting today. To ensure that this relationship is causal, the authors employ a variety of identification strategies, for instance, the authors use the distance of ethnic groups from the coast at the time of slave trade as an instrumental variable for the number of individuals taken as slaves.

Finally, Wantchekon and Dunn provide insights into the underlying mechanism of causality, showing that most of the impact of slave trade on today’s trust levels operates via factors that are internal to the individual, such as cultural norms, beliefs, and values.